When life kicks you in the teeth, beat it and move on

When we left Sally, she was just getting her life back on track.

She was learning to stop just (barely) coping and starting to live her life without anxiety.

You see, as she changed, her relationships had to adapt (or break) too.

Remember, her current partner had only ever known her as anxious, and he was full of insecurity and paranoia about himself too.

He needed someone who was totally reliant on him; that way he could feel secure that they would never have an affair and leave him.

So, as Sally started to make changes, her partner’s anxiety levels started to go through the roof.

As she started to grow and get her life back on track, he became suspicious, jealous and even more controlling. In other words, he started fighting against the change in dynamics of their relationship, even though he openly supported her efforts to overcome her anxiety.

She tried to reassure him, told him that she wasn’t having an affair and that she never would (Sally takes a very dim view of such things).

But all that reassurance wasn’t enough, and eventually, they split up.

(It turns out his friend had been ‘poisoning the well’ by suggesting that Sally was up to no good…and low and behold, the friend asks Sally out just two weeks later… hmmm, I wonder what his motivations were???)

Anyway, Sally was in bits… crying, sad and feeling rejected.

What made it worse was that she hadn’t done anything to deserve it. All she had done was start to take action to feel better about herself and take control over her life.

The last time she had felt this way, she had spent 9 months in an anxious and depressed state.

Weirdly, what she noticed this time was that, although she was massively upset, she didn’t have the feelings of anxiety that she would have expected in the past.

One of the things I teach my clients is to make sure that they ask the right questions of themselves, so they get the right answers.

So she started asking the right sorts of questions…

What can I do today that will make me feel good about myself?

What fun things can I do with my kids today?

The answers to those kinds of questions helped her to focus on the positive, take stock and appreciate the good things in her life.

In an email she sent to me just 3 weeks after the breakup, she said, “I haven’t had any anxiety all week. Been doing a lot of healing, reading, relaxing and swimming, so really just trying to focus on being strong and the future.”

It is now some months later, and Sally is living her life to the full. She’s enjoying spending time with her kids, and she has finally been able to get closure on the break-in all those years ago.

And she is starting to recognise the dynamic she really wants in her next relationship.

Now, I’m not saying that the work I do is some kind of magic bullet, nor am I suggesting it can help you the same way as Sally. After all, I have no idea of your personal situation or the people in your life, and Sally was highly motivated and ready for a change.

I simply gave her the direction she needed. She took that information and put in the time and effort needed to make it work.

But just suppose you did too. Can you imagine what your life would be like without anxiety?

In this series, I hope I have given you an idea of the types of things you need to do to beat anxiety for life.

My last word on this is this…

Don’t settle with just coping with your anxiety; go forward and learn how to beat anxiety once and for all. 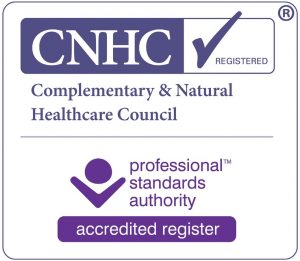